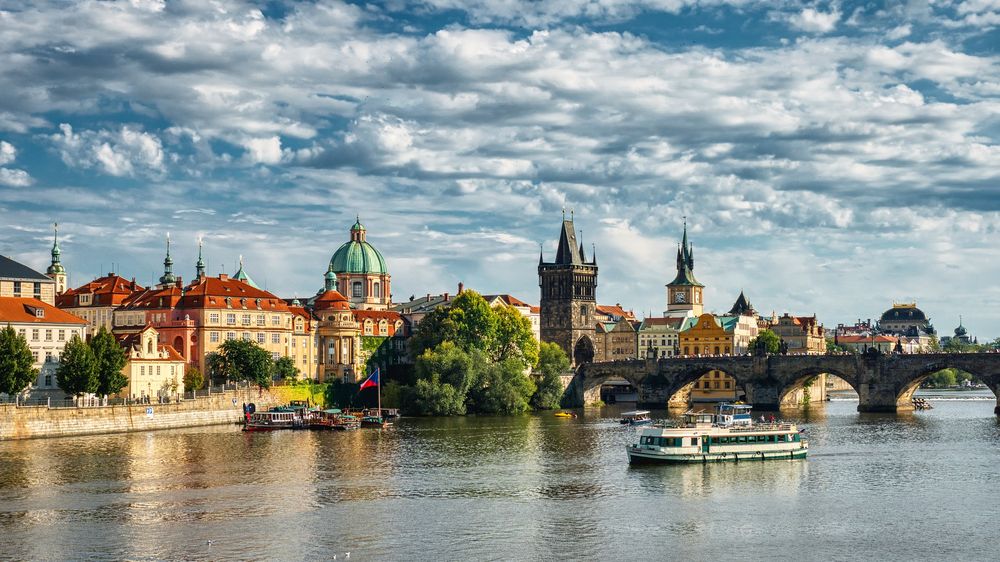 Known as the "the city of a hundred spires", Prague is one of the most visited cities in Europe. No wonder why over 7 million tourists from all over the world

Also nicknamed the "golden city", the beautiful capital is full of historical, cultural and architectural sights preserved with sanctity over the centuries, which appear everywhere. The Renaissance, Baroque, Gothic or Art Nouveau style intertwine wonderfully in a chorus of shapes and colours, which creates a beautiful facade at every step you take in the Czech capital.

If you arrive on a city break in Prague, it is very important to have a plan in advance, so as not to miss the essential tourist attractions and to be able to check out the list of most notorious places of this city. Being surrounded by so many must-visit places and having only a few days available, you may not know which one to choose, so we will come to your aid and present the most important ones:

One of the top tourist attractions, that probably occupies the first place in the preferences of tourists who arrive in the Czech capital, is the Prague Castle. Built in 970, it was originally a fortress, only to be gradually transformed into what it is today. Officially, Prague Castle serves as the residence of the President of the Czech Republic, being used over time as a home by the kings of Bohemia.

Its grandeur is complemented by other attractions you can find here, such as St. Vitus Cathedral, the Old Royal Castle, St. George's Basilica and its gardens. Also here you can walk on the Golden Street, or Golden Lane, the place where Franz Kafka once lived. Next to the house where the writer lived, at number 22, you will find, on the narrow street near the castle, 10 other historic houses that belonged to the castle guards, alchemists, jewelers or artists of the time. You will feel like in a dwarf story, the reason being the colourful facades of the buildings here.

You can visit Golden Lane for free, after 5 pm in summer and 4 pm in winters.

It is important to know that this is the largest, implicitly the most important Roman Catholic cathedral in the Czech Republic. Work on its construction began in 1344 and lasted no less than 525 years, during which changes and improvements were made or even new parts were built, leading to mixing several architectural styles.

You can see how the Gothic style blends perfectly with the Renaissance, and the Baroque fits very well with the neo-Gothic style. The interior of the cathedral is also a majestic one, overwhelming its visitors with its imposing and impressive stained glass windows.

The entrance ticket can be bought here, but if you do not have much time, you can see some of the imposing place of worship for free. It is also worth watching the exchange of guards, which takes place every hour, on a regular basis, between 6:00 and 23:00.

Charles Bridge is probably the most authentic attraction for visitors in Prague. Measuring 520 meters long, the bridge can never be seen empty, because thousands of tourists want to step on it every day. He is attracted by its 23 important points, consisting of beautiful statues, including that of King Charles, during whose reign the bridge was built, at the base of which street artists cannot wait to offer you a unique souvenir - a painting or a portrait drawing or singing something romantic.

The history of this bridge construction has at least an interesting superstition behind it, because its cornerstone was placed at 5: 31 am in the morning of July 9, 1357. The builders wanted to take numerology to another level, that is why they opted for the number 13579531, which they were convinced would give the bridge more stability and existence. In addition, the craftsmen of that time insisted that the legs of the bridge to be perfectly aligned with the tomb of St. Vitus and the exact place where the sun set at the equinox.

Probably just by looking at some photos with this wonderful place you will understand why millions of tourists come here every year to taste a beer made according to a 1000 of years old recipe, to enjoy a delicious dinner with duck meat or pork, cooked over low heat in beer or simply to take holiday photos that everyone would be envious. But these can only be considered details that perfectly complement the list of reasons why the old center of Prague attracts like a magnet lovers of beauty.

Travel enthusiasts also come to this part of the city to visit St. Nicholas Church (Tyn Church) or to admire the City Hall's Astronomical Clock Tower. Built in the 15th century, the watch still works flawlessly today, not needing any repair or calibration over time. In 2010, the people of Prague celebrated 600 years since the inauguration of the Clock Tower.

Since you are are a few steps away from it, we recommend that you book a few hours for souvenir shopping. Havelská is the place where you can buy pieces of art at very good prices, but also keychains, magnets or other small items that will make you remember with pleasure the experience you had in the heart of Prague.

Another symbol of beautiful Prague is the Dancing House, with a slightly fresher history than the other tourist attractions here. Built between 1992 and 1996, the Dancing House building, which would make a skilled architect curious, makes you think of two dancers.

Also known as Ginger and Fred, after the famous dancers Ginger Rogers and Fred Astair, Frank Gehry's creation caused great controversy in the first years of its existence. The locals complained that the design of the building does not fit in any way with the architecture of the area, but over time, they adopted the building, and today they are happy to put it on the list of important objectives in the city.

One of the towers seems to be wearing a skirt, representing the female part of the pair, and inside it the building houses office space. On the top floor you will be able to linger for a few minutes and admire a delightful view from the heights of the city, while you wait for your ordered food to be served, because one of the most sought of Prague restaurants has its place here.

It would be a shame to arrive in Prague and not spend at least a few minutes to walk through Wenceslas Square, the place where the people of Prague used to come to sell their horses.

Created in the 14th century by King Charles IV, the square now houses the National Museum and other institutional or civil buildings. The square has witnessed many historical moments in the Czech Republic, including the Prague Spring, which took place in 1968, and the Velvet Revolution.

It is also the favorite place of today's Prague residents, where the main events in the city or street demonstrations are organized, also because  Wenceslas Square continues with a fairly spacious boulevard for a few restaurants, shops or clubs, where you are invited to spend some money.

Prague can also brag about a tourist attraction that seems to be an Eiffel Tower of Czech Republic, which acts as an observation tower. Admittedly, its dimensions are smaller than those of the Parisian brother, but its appearance is strikingly close to the original.

The Petřín Tower has been guarding the entire city since 1930 and seems to extend to the sky, although its height does not exceed 63 meters.  You can reach the top using the elevator or, if you are in good physical condition, on the stairs, but once you reach the top be convinced that your effort will be rewarded with a unique view, wherever you look. Up to the tower you can use the funicular, to further spice up the experience in the heart of the Czech Republic.