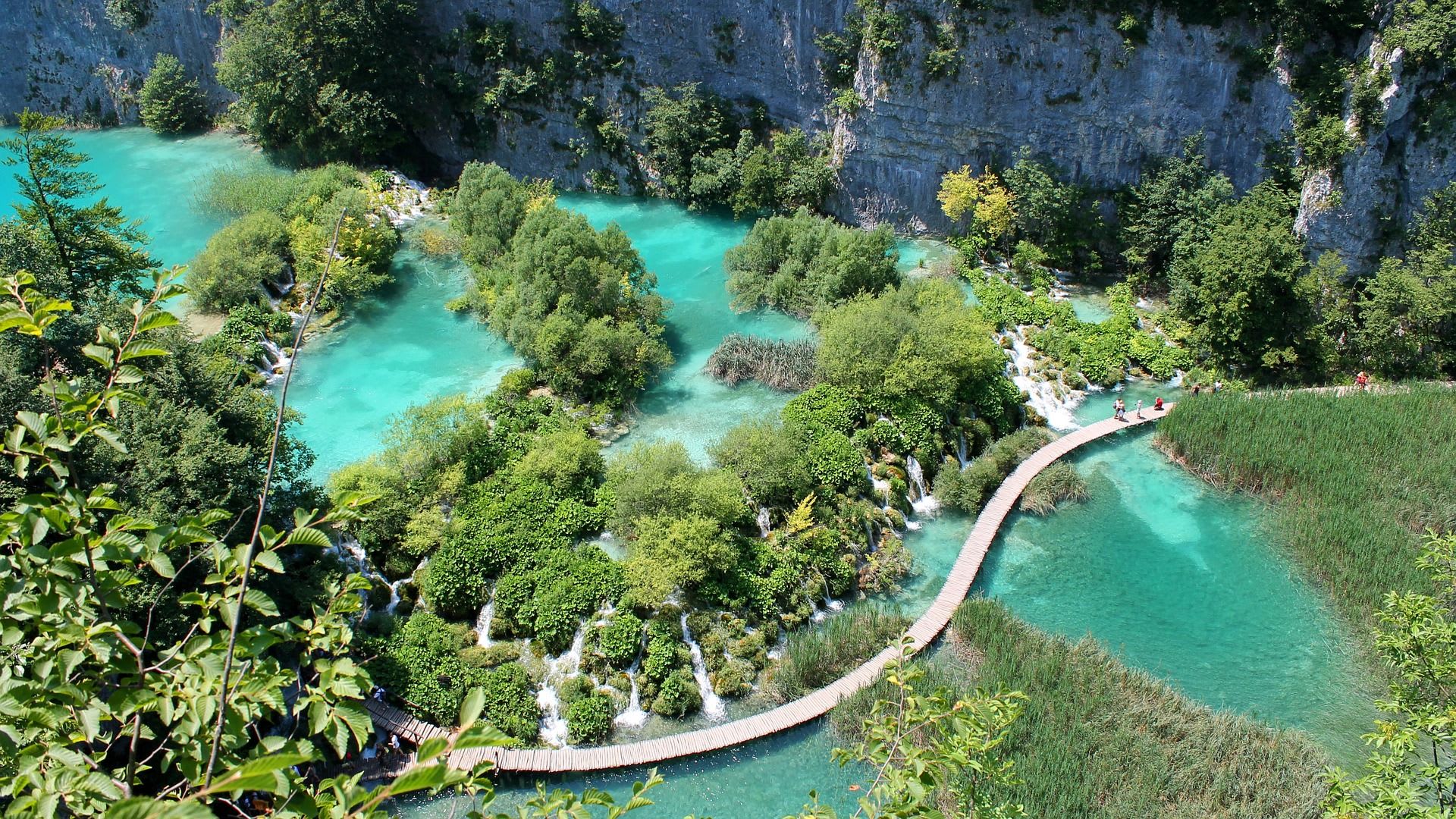 Discover the main objectives on the Adriatic coast and explore national parks and ancient cities, enjoy traditional dishes and walk among the paved and narrow stadiums of the impressive city of Dubrovnik. I suggest you experience all these things by visiting 8 spectacular destinations:

Formerly known as Ragusa, this beautiful port and tourist resort on the Adriatic Sea changed its name to Dubrovnik in 1918. During the 1991 military conflicts much of the old town suffered major damage. With the restoration of peace in the area, the reconstruction works started, respecting the UNESCO rules, so that, today, the Old Town will be restored in the classic style.

The Old Town offers many attractions not to be missed, such as the Rector's Palace or the Dubrovnik Walls, the fortifications surrounding the Old Town, with the Minceta Tower dominating the North-West side, and the St. John's Fortress protecting the port entrance.

Also, the natural attractions should not be ignored, the beaches in the area being some of the most splendid on the Croatian coast.

The vibrant capital of Croatia immediately charms you with its atmosphere, history and culture. Although it is often ignored by tourists in favour of the Adriatic coast, Zagreb is like a small labyrinth full, at every corner, of architectural, gastronomic, panoramic surprises.

Explore the historic centre on foot - you will be amazed by the visual amalgam. Even if the most representative are the colourful roof of St. Mark's Church and the two towers of Zagreb Cathedral, you will recognize the classic Austro-Hungarian style, but also the grey, socialist structures.

Rest on the terraces, where coffee is revered, being part of Croatian culture, as a mix between Turkish, Austrian and, especially, Italian influences. In the evening, the city acquires a special, relaxing vibration, which invites you to enjoy local food, but also craft beer and wines appreciated throughout the region.

Also, you should allocate time to museums, all high level organized, modern, and some have unprecedented themes, such as the Museum of Broken Relationships.

Located in many tops that designate the most beautiful parks in Europe, Plitvice is truly a wonder of nature: with a chain of 16 lakes flowing in steps from one to another, creating 90 spectacular waterfalls, with dense forests surrounding them, and having unreal shades of green and blue that change depending on the sun's rays and season.

This place deserves the name of "heaven on earth" and you will be convinced of this at every step made on wooden floors that allow an incursion that connects you with nature. Don't miss out Veliki Slap, the highest waterfall here: 78 meters!

Croatia's oldest inhabited city surprises with its landscape: a city with a special architecture, located at the foot of the impressive Velebit Mountains.

You can start to discover the story of the place on the main artery of the city, Kalelarga, the ancient For Roman, built by the emperor Augustus. Then, enjoy a coffee under the St. Anastasia's Cathedral bell tower from the Venetian era.

Participate in a show at St. Donatus whose domed ceiling becomes the perfect amplifier for concerts. Disconnect from the seaside hustle and bustle at Sea Organ - an experimental wave-powered sound system. Learn to blow glass at the Museum of Ancient Glass and enjoy local products from traditional markets.

Heritage city with a historical load that you simply live just by walking on the streets paved with marble, Sibenik is located on the Adriatic coast, at the estuary of the river Krka.

The picturesque landscape rivals the objectives of the old city. Here, St. James's Cathedral is the architectural gem - built only of stone and it is decorated with carved faces of knights and craftsmen.

Fountain Square, St. Michael's Fortress and St. Nicholas Fortress are other attractions to put on the list of any tourist. The walks are accompanied by the fine smell of roses and spices grown in small gardens, the music of street artists and local art galleries.

Krka National Park is one of Croatia's famous parks, just 10 km from Sibenik. Its most wanted attraction, beside the almost unreal colours of the river and green forests, is the Skradinski Waterfall, one of the most famous places in Croatia for bathing in nature.

The other top objectives are Visovac Island and the series of 12 waterfalls, Roski Slap.

The former Greek colony, founded in the 6th century BC, under the name of Asphaltos, this city will becoming later Spalatum, then Split. The origins of the city are incorrectly associated with the Emperor Diocletian, the reformer of the Roman Empire, who retired from politics in 305 AD, building here a magnificent palace, whose ruins are a major attraction of the city.

Split and the surrounding area, with its many small islands, also offer fine sandy beaches bathed in crystal clear waters.

The city founded by Greek settlers in the 3rd century BC and developed by the Romans as the largest port in the area, still dominates the Dalmatian Coast through the captivating beauty of medieval buildings.

The historic centre of the city could remain unaltered because it was built on a small island, and everything that developed had to be beyond the two canals. The heart of Trogir is proud owner of 10 churches in Romanesque, Renaissance and Gothic style, plus a lot of buildings from the 13th century.

Don't miss out the tower of St. Laurentiu Cathedral, the place where you have a beautiful 360 degree view and a trip to the corals, where a snorkeling or diving session will transpose you in the middle of the marine wonders.