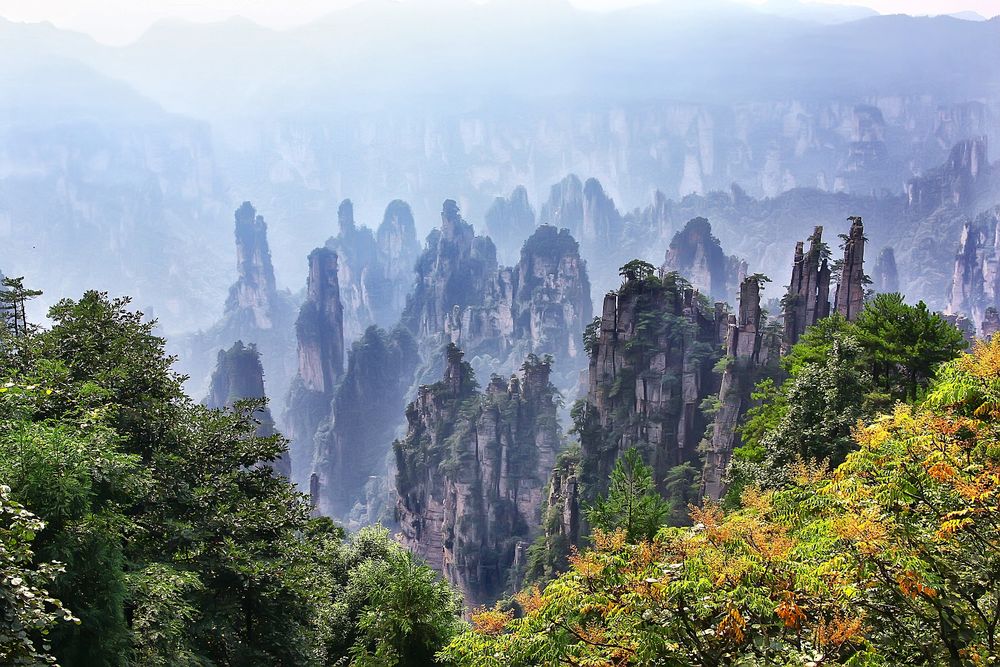 Architects often manage to surprise us with their bold projects, but some of them manage to take our breath away. Placed in an apparently precarious balance above the hills or suspended on pillars or with very narrow foundations, these buildings seem ready to collapse at the first gust of wind.

The Bailong Elevator, also known as the "Hundred Dragons Elevator", is located in China's Zhangjiajie National Park. It has an ascending trajectory of 326 meters, and once you reach the top, tourists have an amazing panorama of the Zhangjiajie Mountains.

The elevator was built on a rock and reaches the top in just 32 seconds, being the fastest passenger elevator in the world.

If you want to test your nerves and balance, Zhangjiajie National Park also has the longest glass bridge in the world. The bridge connects two mountain peaks and is 430 meters long.

The landscape is absolutely fabulous, but take your breath away are not the surroundings, but the fear of crossing the impressive bridge. To understand why, we recommend that you watch the video below:

This place is not for those who have altitude sickness. Sky Lodge is a luxury hotel "hanging" on a rock in Peru's Sacred Valley.

The hotel has several rooms, each in the shape of a transparent capsule. Each capsule can accommodate 12 people and is made of aluminium and polycarbonate. During the day, you can look at the canyon below, and at night you can enjoy millions of stars above.

The building has a striking exterior design, for example the different ceiling heights on the lower floors and the nine upper floors are staggered one on top of the other, through which the floors stabilize each other. The glass walls makes admiring the lights of New York from up here after dark pure magic.

A new museum of contemporary art, in which many millions of dollars have been invested, designed by the famous Canadian-American architect Frank Gehry, has opened to the public, in Bois de Boulogne, the park in the west of Paris. Gehry's project for the Louis Vuitton Foundation has already been hailed as one of the most ingenious of his five-decade career.

Twelve curved glass panels, like the waving of sails wrapping their "sails" around the central structure of the building, give personality to this museum with 11 art galleries for the exhibition of works from the private collection of billionaire Bernard Arnault.